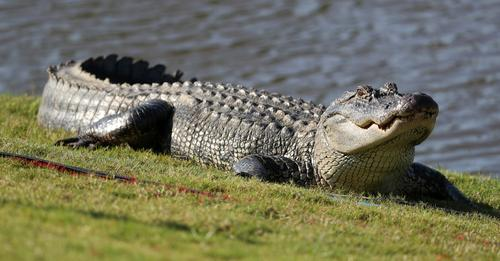 YIKES....
My what big teeth  you have!!
HAHA
Mom told me to say that!!
I personally can't tell if it
has teeth or not, or
even how big it is but
mom has taught me a lot
so when she says that I would
be just a SNACK for this
dude, then I have to believe
her.
Here is the story that mom
read that goes with that
pic~

The Tennessee Wildlife Resources Agency (TWRA) is again reporting evidence of alligators and cougars expanding in the state.

It was listed in the TWRA Tennessee Hunting & Trapping Guide for the 2020-2021 season.

The guide also lists other animals protected from hunting, like hawks, owls, songbirds, endangered species or any other species for which a season is not set.

In May 2018, a 7-foot alligator was caught on video in the Wolf River WMA in Fayette County. At the time, TWRA said it was one of several reported sightings.

In 2019, a baby gator was spotted in the Tennessee River, just across the border in north Alabama.

According to reports, 56 gators were dropped in the Wheeler National Wildlife Refuge as an effort to expand the species in 1979.

"Alligators are naturally expanding their range into Tennessee from the southern border states," TWRA wrote. "TWRA has not stocked any alligators in Tennessee. Alligators expanding into Tennessee is just another species that we must learn to coexist with like many of the other southern states."

A couple years ago, a Middle Tennessee police department warned people about flushing drugs down the toilet and its affect on wildlife, writing in part, "Furthermore, if it made it far enough we could create meth-gators in Shoal Creek and the Tennessee River down in North Alabama."

While the weather is warming up now, TWRA notes that once winter rolls around, alligators can survive in the state by going into a hibernation-like dormancy called brumation.

"They can withstand periods of ice by sticking their snout out of the water before it freezes which allows them to continue breathing." TWRA explains.

TWRA says currently, the state doesn't have breeding pairs within its borders.

Mom told me this is normal for TN.

Needing a Break too

Like mom, sometimes I just need a break from being, well, from being ME... Lily 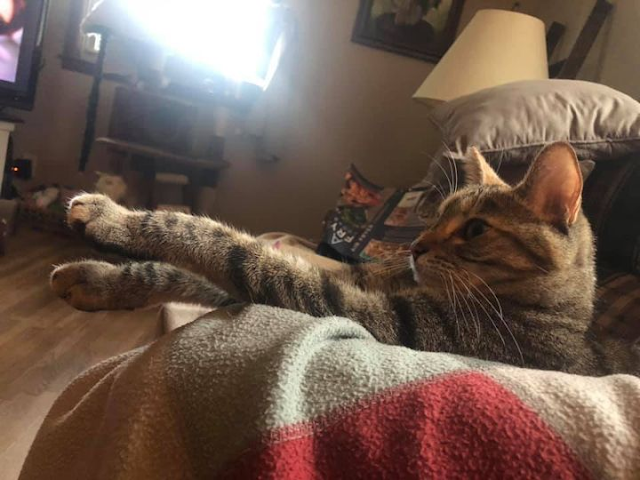